MBA 8100 THEORY AND PRACTICE OF MANAGEMENT Click to view 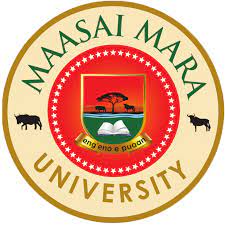 DATE: 8TH MAY, 2019 TIME: 1430 – 1730 HRS
INSTRUCTIONS TO CANDIDATES
1. Answer Question One and any other three.
2. DO NOT WRITE ANYTHING ON THE QUESTION PAPER.
This paper consists of 3 printed pages. Please turn over.
Question One (Compulsory)
Open & Closed Systems: How Do You Keep Up with Fashion Fads?
Are generations really different? However fuzzy the notion of what a
“generation” is, we have been accustomed to hearing them labelled: the
Baby Boomers (born between 1945 and 1962), then Generation X (born
1963 to 1978), and now Generation Y (born 1979 to 1994). Generation
Y – also tagged the Echo Boomers and the Millenium Generation –
consists of 60 million people. While this is not as huge as the 72 million
Baby Boomers, it is a great deal larger than the 17 million in Gen X, and
no marketer can afford to ignore a demographic bulge of this size. But
how to discover what’s cool and what’s not to this generation?
Having grown up with the internet, Gen Yers are accustomed to
high-speed information, research shows, which has made fashions
faster changing, with young consumers inclined to switch brand
loyalties in a millisecond. For a long time, Tommy Hilfiger stayed ahead
of the style curve. “When Hilfiger’s distinctive logo-laden shirts and
jackets started showing up on urban rappers in the early ‘90s,” says a
BusinessWeek account, “the company started sending researchers into
music clubs to see how this influential group wore the styles. It
bolstered its traditional mass-media ads with usual promotions…
Knowing its customers’ passion for computer games, it sponsored a
Nintendo competition and installed Nintendo terminals in its stores.” By
having constant feedback – an open system – with young consumers,
Hilfiger was rewarded: its jeans became the No. 1 brand in this age
group. Indeed, designers like Hilfiger, Nike, and DKNY have even
refused to crack down on the pirating of their logos for T-shirts and
baseball bats in the inner cities in order to maintain the “got to be cool”
presence of their brands.
By contrast, Levi Strauss and Co., a veritable icon of Baby Boomer
youth, was jolted awake in 1997 when its market share slid, and the
company’s researchers found the brand was losing popularity among
teens. “We all got older, and as a consequence, we lost touch with
teenagers,” said David Spangler, director of market research. Levi’s
thereupon opened up its relatively closed system by instituting ongoing
teen panels to keep tabs on emerging trends. Generation Y “is a
generation that must be reckoned with”, said Spangler. “They are going
to take over the country”.
As Levi’s has struggled to regain its lustre, it has recently been hit
by another threat: private-label jeans, in which retailers like Wal-Mart,
Macy’s, Target, and JC Penney create brands of their own, cutting out
the middleman. Wal-Mart, for instance, introduced an in-house brand,
called Metro 7, that competes against Levi’s low-priced Signature jeans.
On the other side are high-end jeans designers such as True Religion,
Rock & Republic, Citizens of Humanity, and 7 for All Mankind, which
produce a “premium,” or $100-plus, jeans that are sold in luxury stores.
Whereas in 1975 private labels and private brands were 25% of
the apparel market, by 2010 they are expected to be over 60%. Still,
consumers who prefer national brands, such as Levi’s, outspend other
shoppers by nearly 3 to 1 in department stores.
Source: Kinicki, A. & Williams, B. K. (2009). Management: A practical
introduction. (4th Ed.). Boston: McGraw-Hill Irwin.
(a)What would you recommend Levi’s do to broaden its feedback
system and respond to changing business conditions?
(7 marks)
(b) Describe the parts of a system as understood in the Systems
Viewpoint of management. (8 marks)
Question Two
Using relevant examples, explain the contribution of the human
relations movement to management theory and practice.
(15 marks)
Question Three
Cohesiveness is one of the characteristics of teams. Discuss the
measures that managers can take to stimulate cohesiveness in their
teams. (15 marks)
Question Four
Using relevant examples, discuss the different types of organizational
structures. (15 marks)
Question Five
Describe John Kotter’s process for leading organizational change.
(15 marks)